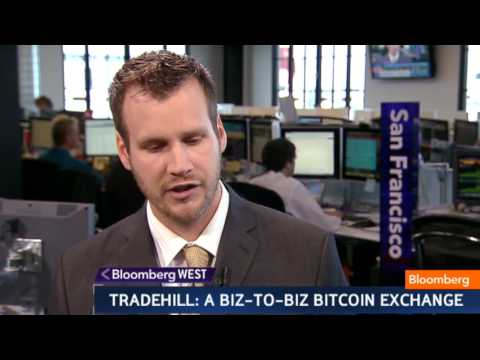 I was recently brought on by the Board of Directors at the Bitcoin Foundation to be the new Executive Director, I'm 39 years old and live in Seattle with my wife and son. I'm a lawyer (sorry) and have been involved in policy and technology for about a decade now.
While I had been following bitcoin since the very early days and had some email conversations with Jon Matonis, I didn't get involved in the community until after a chance meeting with Charlie Shrem and Jered Kenna at a conference called the Future of Money. So you can blame them.
Since I've been involved in the bitcoin community I have testified before the Senate, I've recovered stolen bitcoin from hackers, I've worked in startups, I've started startups and I was one of the founding members of the Bitcoin Foundation. I've seen and experienced plenty of the ups and the downs over the past few years and witnessed the stubborn resiliency (honey badger-ish) of bitcoin.
Proud to be a part of this community and now AMA!
 Thanks for all the great questions. I have to go now but will check back to answer any burning questions. Hope to do this again soon.
In the meantime, help us understand what you care about most by taking this brief 10 question survey. http://ow.ly/DS6cW

BTC-e case: Some thoughts and questions

Having reviewed both the indictment as well as the press release from the DoJ, there are several questions I think should be discussed. Some parts of the indictment make me believe that this whole action against BTC-e and Vinnik could lead to much more problems than most are aware at the moment.
For example: In count 2 of the indictment, they write: "BTC-e was an international money laundering scheme [...]". They do not state that parts of BTC-e were used by the defendants as a money laundering scheme. BTC-e was, according to the DoJ, a money laundering scheme, thus all persons who ever deposed money or Bitcoin or any other cryptocurrency in BTC-e may be seen by the US as co-conspirators. I personally never used BTC-e, so I don't really care for me, but I know that people who were doing legit business also were using BTC-e. So does this mean that all of them potentially have to face a lawsuit against them in the US?
Under count 6, they state: "Despite doing substantial business in the United States, BTC-e was not registered as a money services business... [...] as federal law requires." Now they also state that BTC-e was managed by a company in the Seychelles and had its web domains registered in countries like Singapore, British Vifgin Islands, France and New Zealand while BTC-e stated to be located in Bulgaria, operating under the laws of Cyprus. At the end of the day, under count 16, the indictment states that BTC-e - which, according to the indictment didn't ask its clients for identifiers, serverd "numerous customers in the United States and customers in the Northern District of California." Am I the only one who thinks this is weird? First the DoJ claims that BTC-e did not ask for any identifier, then the DoJ claims that there were a lot of - obviously identifiable - customers from the US? Well, at least two of them were identified: Two corrupt U.S. federal agents.
Okay, then the indictment states that BTC-e used servers in the US. I guess they refer to Cloudflare. So using Cloudflare makes you potentially a subject to US law? Also, the indictment states that companies in California were used by BTC-e. But none of them is named nor its role. This looks a bit weird.
The indictment also states that wire transfers from banks in the U.S. and made by U.S. citizens were accepted.
So my interpretation of this: ANY Bitcoin exchange accepting wire transfers from the U.S. or accepting clients from the U.S. or using any internet service from the U.S. is potentially at risk of being prosecuted if they do not comply with U.S. laws.
Later in the indictment, they list illegal transactions of about 18'000 Mt.Gox-Bitcoin to Tradehill in San Francisco. All of these transactions took place in January and February 2012, the last ones on February 12, 2012. The next day, Tradehill announced that it will shut down its operations. Tradehill was by then, if I understand it correctly, set up and operated by Jered Kenna. So would this make him a money launderer, too?
To make one thing clear: I never used Mt.Gox nor BTC-e, nor do I support money laundering in any way. However, this case could become more important over the time for Bitcoin related businesses all over the world. It means: Accepting clients from the U.S. or using internet services in the U.S. potentially puts you in a situation where you have to act according to U.S. laws.
I live in Europe, and I'm willing to live according my country's laws (as far as possible). However, I am not willing to form my business to comply with U.S. laws - which sometimes would make me violate domestic laws.
In the long term, this could mean that Bitcoin companies should refuse to render their services to any US citizen and/or company.

I read "The bitcoin software system will issue gradually smaller installments of bitcoin to miners until 2140, at which point production will end." Really? Is this true?

Is Tradehill allowing people to sign up? Also having a strange promotion?

Howdy,
I got an email from them earlier in they day, just having a chance to look at it. I find it kind of an odd email. The reason I asked this as I went to the site and put in the information it requests and it just said, "thanks for your interest", and didn't go further.
Here it is for reference:
Hello Ddraig,
Thank you for your interest in creating a Bitcoin trading account with Tradehill. Due to the overwhelming response in the last few weeks, we have scaled our team and launched a new account creation process on our website www.tradehill.com/sign-up.
As an accredited investor, and we would like to invite you be the first to create your Tradehill Prime account (http://tradehill.us5.list-manage.com/.......) . After you complete the sign-up form and identity verification, we will grant account access within 24 hours. Your account will be gifted $75 to test trading and will become fully active once we receive your deposit of $10,000 USD or Bitcoin equivalent.
If you need assistance or have any questions, please contact our client services team: [email protected] (mailto:[email protected]) . Regards, Jered Kenna Tradehill, Inc., CEO
Edit: I guess my questions are: why didn't it let me complete the sign up? Has anyone else gotten one of these emails? and is this some elaborate scam because it reads as though they're going to give me $10,000 or BTC equivalent?

Video here: http://www.moneyandtech.com/apr8-news-update/
Congressman Steve Stockman of Texas, who was the first member of Congress to accept bitcoin campaign donations, announced at Inside Bitcoins New York that he plans to introduce the first piece of U.S. legislation on virtual currencies called The Virtual Currency Tax Reform Act. The legislation would re-categorize virtual currencies as currency for IRS federal tax purposes. Stockman says he hopes this bill will ""build awareness and create a consensus in the Bitcoin community around government regulation of virtual currencies.""
Also today at Inside Bitcoins New York, multi-signature security company BitGo announced the launch of BitGo Enterprise, a new suite of services for businesses and financial institutions operating in digital currency. As Will OBrien puts it, the service offers enterprise "the power to securely store and effectively manage Bitcoin holdings”.
Governor of the Bank of Japan Haruhiko Kuroda expressed his doubts about bitcoin at a central bank policy meeting today, saying that “Without safety or stability in its value, there would be no demand. In that sense, it cannot be a currency.” And Capitol Hill is getting its first bitcoin ATM today. A new Robocoin ATM machine will be unveiled to members of Congress this afternoon, where they can buy and sell bitcoin.
Word of a new web bug has spread over the past twelve hours, this time in OpenSSL, which is an encryption library widely used by websites to encrypt and secure internet traffic. The new bug, coined the Heartbleed bug, allows anyone on the Internet to access a service provider's data, as well as users' names and passwords, if their systems are protected by vulnerable versions of the OpenSSL software. While major bitcoin companies Blockchain, Coinbase and BitPay appear to be safe from this bug, several others are finding themselves at risk. Exchange BitStamp announced today that they are temporarily deactivating account registration and withdrawals while they work to patch their system. And Bitfinex likewise halted withdrawals on their exchange this morning. LocalBitcoins also suffered some recent downtime while patching the bug.
Despite the recent price drop, industry leaders at today's Inside Bitcoins NY conference remain optimistic about the future of the digital currency. SecondMarket CEO Barry Silbert remains particularly bullish, telling others at the event that we will be seeing another major price bubble once Wall Street investors gain enough confidence in the institutional infrastructure to throw their money into the pot.
Eric Holder commented on Bitcoin today while speaking to the House Judiciary Committee. He warned that "Virtual currencies can pose challenges for law enforcement given the appeal they have among those seeking to conceal illegal activity." Mr Holder however is not calling for an end to Bitcoin, but instead on keeping the government abreast of the technology saying, "The department is committed to innovating alongside this new technology in order to ensure our investigations are not impeded by any improvement in criminals' ability to move funds anonymously."
Recently, we sat down with Alex Waters of the CoinApex incubator to talk about their latest project CoinValidation, and how it will provide invaluable regulatory support for bitcoin businesses. Find that interview, as well as more information on today’s news stories, at Moneyandtech.com. I’m Jered Kenna, and this has been Money and Tech’s daily news update.