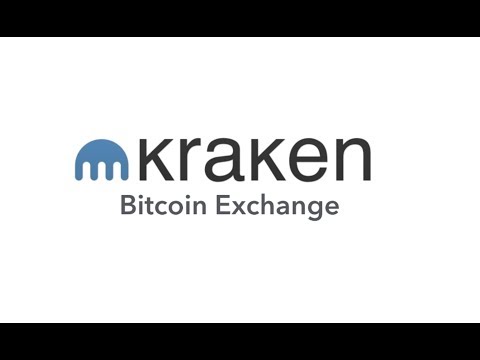 About thirty days ago I shared a chart on Price Discovery in this sub. There was a lot of interest in it and I promised to explain in detail a Bitcoin price discovery algorithm.. I do so in this post.
*this text post is a slightly shorter version of what I wrote in my blog.

I applied price discovery algorithms to 5 Min OHLCV data from Bitmex and CME contracts and Bitstamp, Coinbase, HitBTC, Kraken, Poloniex, Binance, and OkEx BTCUSD/BTCUSDT markets from March 2016 to May 2020. Some exciting results I got was:

Price discovery is the overall process of setting the price of an asset. Price discovery algorithms identify the leader exchanges whose traders define the price. Two approaches are most famous for use in Price Discovery. Gonzalo and Granger (1995) and Hasbrouck (1995). But they assume random walk, and a common efficient price. I do not feel comfortable assuming random walk and common efficient price in Bitcoin Markets. So I used this little know method by De Blasis (2019) for this analysis. This work assumes that "the fastest price to reflect new information releases a price signal to the other slower price series." I thought this was valid in our market. It uses Markov Chains to measure Price Discovery. Without going into the mathematical details the summary steps used was:
De Blasis (2019) names this number Price Leadership Share (PLS). High PLS indicates a large role in price discovery. As the sum of the numbers is 1, they can be looked at as a percentage contribution. I recommend reading the original paper if you are interested to know more about the mathematical detail.

Andersen (2000) argues that 5 Minute window provides the best trade-off between getting enough data and avoiding noise. In one of the first work on Bitcoin's Price Discovery, Brandvold et al. 2015 had used 5M window. So I obtained 5M OHLCV data using the following sources:
Futures data are different from other data because multiple futures contract trades at the same time. I formed a single data from the multiple time series by selecting the nearest contract until it was three days from expiration. I used the next contract when the contract was three days from expiration. This approach was advocated by Booth et al ( 1999 )

I can't embed the chart on reddit so open this https://warproxxx.github.io/static/price_discovery.html
In the figure above, each colored line shows the total influence the exchange had towards the discovery of Bitcoin Price on that day. Its axis is on the left. The black line shows a moving average of the bitcoin price at the close in Bitfinex for comparison. The chart was created by plotting the EMA of price and dominance with a smoothing factor of 0.1. This was done to eliminate the noise. Let's start looking from the beginning. We start with a slight Bitfinex dominance at the start. When the price starts going up, Bitfinex's influence does too. This was the time large Tether printing was attributed to the rise of price by many individuals. But Bitfinex's influence wanes down as the price starts rising (remember that the chart is an exponential moving average. Its a lagging indicator). Afterward, exchanges like Binance and Bitstamp increase their role, and there isn't any single leader in the run. So although Bitfinex may have been responsible for the initial pump trades on other exchanges were responsible for the later rally.
CME contracts were added to our analysis in February 2018. Initially, they don't have much influence. On a similar work Alexandar and Heck (2019) noted that initially CBOE contracts had more influence. CBOE later delisted Bitcoin futures so I couldn't get that data. Overall, Bitmex and CME contracts have been averaging around 50% of the role in price discovery. To make the dominance clear, look at this chart where I add Bitmex Futures and Perp contract's dominance figure to create a single dominance index. There bitmex leads 936 of the total 1334 days (Bitfinex leads 298 days and coinbase and binance get 64 and 6 days). That is a lot. One possible reason for this might be Bitmex's low trading fee. Bitmex has a very generous -0.025% maker fee and price discovery tend to occur primarily in the market with smaller trading costs (Booth et al, 1999). It may also be because our market is mature. In mature markets, futures lead the price discovery.
Out of 1334 days in the analysis, Bitmex futures leads the discovery in 571 days or nearly 43% of the duration. Bitfinex leads for 501 days. Bitfinex's high number is due to its extreme dominance in the early days.
Binance, Huobi, CME, and OkCoin had the most significant correlation with the close price. Bitmex, Coinbase, Bitfinex, and Bitstamp's dominance were negatively correlated. This was very interesting. To know more, I captured a yearwise correlation.
Table 3: Yearwise Correlation between the close price and Exchange's dominance index
Price movement is pretty complicated. If one factor, like a dominant exchange, could explain it, everyone would be making money trading. With this disclaimer out of the way, let us try to make some conclusions. This year Bitfinex, Huobi, and OkEx, Tether based exchanges, discovery power have shown a high correlation with the close price. This means that when the traders there become successful, price rises. When the traders there are failing, Bitmex traders dominate and then the price is falling. I found this interesting as I have been seeing the OkEx whale who has been preceding price rises in this sub. I leave the interpretation of other past years to the reader.

My analysis does not include market data for other derivative exchanges like Huobi, OkEx, Binance, and Deribit. So, all future market's influence may be going to Bitmex. I did not add their data because they started having an impact recently. A more fair assessment may be to conclude this as the new power of derivative markets instead of attributing it as the power of Bitmex. But Bitmex has dominated futures volume most of the time (until recently). And they brought the concept of perpetual swaps.

There is a lot in this data. If you are making a trading algo think there is some edge here. Someday I will backtest some trading logic based on this data. Then I will have more info and might write more. But, this analysis was enough for to shift my focus from a Bitfinex based trading algorithm to a Bitmex based one. It has been giving me good results.
If you have any good ideas that you want me to write about or discuss further please comment. If there is enough interest in this measurement, I can setup a live interface that provides the live value.

Hola Compadres! It is me u/poop_dragon here with another guide. Today I would like to run through a list of ETH exchanges. This is just Part 1 of this list, and it covers established exchanges. Soon I will post Part 2 and 3 which will go into some other types of exchanges (derivative markets, coin converters, decentralized, and foreign exchanges) Side note, I have given rating to these exchanges based on some comparisons, news, and information which I have found online. Recently, EVERY exchange has been slow/unresponsive in their customer service due to the huge influx of new users. My intention is to help educate new users about the exchanges available. I am not trying to discredit, advertise, pump up, or damage reputations. If you feel something is inaccurate, please respectfully bring it up in the comments. I will be editing as we go. Last thing of note, I have only included the lowest level trading tier to calculate trading fees, which assumes the highest rates. Most exchanges offer lower fees for bigger orders, but I have gone with the assumption that everyone here is not dropping whale amounts of cash.

What is a KYC? It stands for Know Your Customer Documentation. This varies between exchanges. However, like most things, if you have to ask, you probably can’t afford it.

EDIT : Thank you to u/Ginger_Bearded_Man for the suggestion. Bittrex has been added.

STORY OF THE WEEK

• Binance, Kraken and Shapeshift de-list’s Bitcoin Satoshi’s Vision (BCHSV) from their respective platforms as a result of discontent with the behavior of one of its founders – Craig Wright.

• According to the Ministry of Finance of the Republic of Lithuania, entities dealing in cryptocurrency to employ comprehensive KYC/AML protocols. In addition, they must register with its Centre of Registers in order to legally operate.
• The French Parliament adopts the “Pacte Bill” – establishing a legal framework for digital asset service providers and initial coin offerings (ICOs). The French Finance Minister Bruno Le Maire suggests EU partners to setup a single regulatory framework inspired by the French one.
• Japan’s financial watchdog the Financial Services Agency (FSA) requires cryptocurrency exchanges to tighten security over cold wallets – digital asset storage devices that are not connected to the internet.

• CoinMarketCap launches its first Android app and revamps its existing iOS offering, offering portfolio tracking, candlestick charting and price alerts. These features are not yet made available on its website offering.
• Binance deploys the genesis block of its native blockchain – Binance Chain. A mainnet swap of the existing ERC-20 tokens (BNB) will occur on April 23rd, 2019 for the new native token to be utilized on the new blockchain.

• @cz_binance – “Craig Wright is not Satoshi. Anymore of this sh!t, we delist!”
• @danheld – “The world has an unlimited supply of fiat to buy a limited supply of 21M Bitcoin.”
• @ErikVoorhees – “By holding dollars you are ultimately trusting politicians. By holding Bitcoin you are ultimately trusting open source code. Trust in politicians tends to fall over time. Trust in open source code tends to rise over time. And so, with time, which system likely advances?”

Key points: - Both margin and futures allow you to go short or long on cryptocurrency. - Margin trading allows for up to 5x leverage. You are trading on the spot market. - Futures trading allows ... Direkt zu Coinbase (inkl. 9 Euro Bonus) *https://www.coinrev.de/coinbase Bitcoin mit der BISON App kaufen (inkl. 10 € Bonus) *http://join.bisonapp.com/fgz... A short video I put together to show you how to trade on Kraken.com How To Sell Cryptos Short On Kraken And Why You Should Be Doing It! ... Simple 5-Minute Bitcoin Trading Strategy - Duration: 6:00. Bitcoin Trading Challenge 101,239 views. 6:00. KRAKEN tuto SHORT ... Testing a recent client build in Windows8. homepage: https://www.cortex7.net